Click here for a listing of all the parks that are providing free admission!

Travelling to or from LaGuardia Airport (LGA) in New York? Well you might want to reconsider…since they just started a $4 Billion Renovation project at LaGuardia and traffic has been INSANE. Unless you want to waste your precious time stuck in traffic for 2 hours with other angry travellers, you should switch airports to either Newark Airport or John F. Kennedy International Airport (JFK).

The traffic is so bad, travellers are literally walking from their cabs/cars to the airport to make their flights on time (hopefully). If you must absolutely travel from LaGuardia, for some reason even after reading our warning and seeing the misery of other travellers, you should budget in at least 3-4 hours of additional travel time.

At least an hour to just get across the bridge to #Laguardia Airport… And got directed off the exit! Ridiculous! pic.twitter.com/4AHp6quMkI

Have never seen anything like traffic at LGA. Ppl just getting out of taxis and cars on GCP & walking. pic.twitter.com/FC5N9EPcTK

@PANYNJ traffic is so bad at Laguardia these days people walking down the highway is a common occurrence. #fail #LGA pic.twitter.com/uzIZ6g0VPj

The new design does look pretty slick, but it’s debatable whether it’s worth it for those that travel to New York often to deal with the traffic chaos for a few years…

Wondering whether or not you should use up all your vacation days? A research study by Project Time-Off shows that people whom have used over 11 vacation days, actually earned more through bonuses and promotions. How about that?

Take a look at this chart for proof

It makes sense because people who take vacations are generally more happier and relaxed, and thus can put this energy into their workplace with a pay off in the return of a bonus or promotion with a higher salary. This can be backed by another another research study conducted by Project Time-Off, which concluded that 80% of managers actually believed vacation time allowed for energy levels to remain high on their teams, and 67% said their employees were more productive as a result. 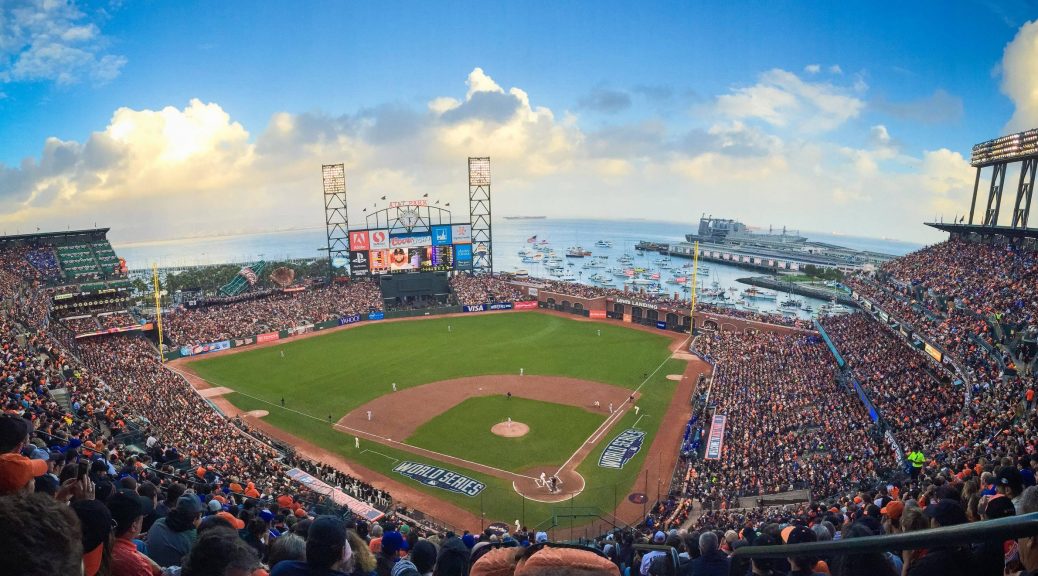 If you live in San Francisco and love the Giants, Virgin America is giving away 2 for 1 flight vouchers this Saturday August 20th! It’s limited to the first 40,000 fans attending the game and is valid for travel in Main Cabin between September 7, 2016 – December 8, 2016 or between January 4, 2017 – February 25, 2017. You have to book your flights by September 2, 2016 and both passengers must be on the same itinerary. 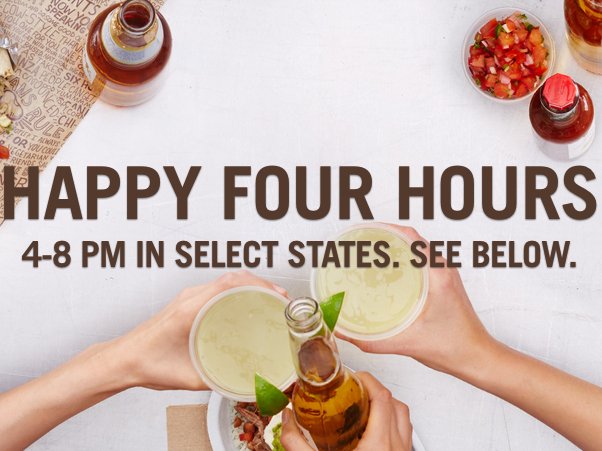 Here’s a summary of the offers if you live in the following states at participating Chipotle locations:

Chicago, Kansas, Ohio: Get half off “adult” beverages every Thursday 4-8pm in August and September.

Iowa (except Iowa City), Nebraska, Missouri: Get two margaritas or beers for the price of one every day from 4-8pm in August and September.

Kentucky and Wisconsin: Get two beers for the price of one every Thursday from 4-8pm in August and September.

Visit Chipotle’s site for all the details here

For you LA people out there, there’s an amazing flight deal to Tokyo, Japan for only $452 round trip in September! We’ve checked random dates and the deal seems to be valid from September 2016 to around mid December 2016.

If you always wanted to visit Tokyo, it’s a good time to book your flight and start planning now! You can search for more flight options on Kayak here.

Check out all the top TripAdvisor activities to do in Tokyo on our site!

Been too lazy to plan a summer trip? Good thing because you can save a lot of money right now with the August summer end deals!

“Traveling later in the summer can save travelers hundreds of dollars a week off the cost of their vacation rental this summer,” said Laurel Greatrix, TripAdvisor Vacation Rentals spokesperson.

Here are the best places to visit and literally save hundreds of dollars according to TripAdvisor.

A round-trip flight from Newark International Airport to Reykjavik, Iceland is only $250 taxes in! The deal is valid for flights in early December, January and February 2017 with Icelandic carrier WOW Air. This deal will not last long, so its a good idea to start planning your winter trip before the deal is over!

You can search for flight dates using this link here

Remember to check out the top activities to do in Iceland on our site! www.yaytrip.com 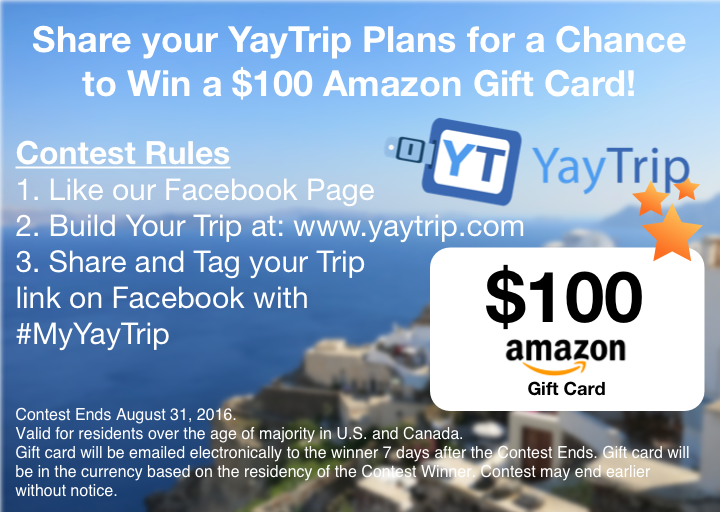 Got an item on your Amazon Wish List that you always wanted? Share your YayTrip Plans for a Chance to Win a $100 Amazon Gift Card!

Contest Ends August 31, 2016.
Valid for residents over the age of majority in U.S. and Canada.
Gift card will be emailed electronically to the winner 7 days after the Contest Ends. Gift card will be in the currency based on the residency of the Contest Winner. Contest may end earlier without notice. A winner will be randomly selected.